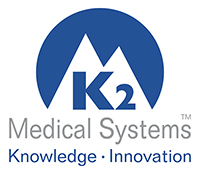 It is important that any device used by the patient to help improve their care is backed up by evidence. Below is evidence linked to Hampton and Home blood pressure monitoring. Full Papers have also been attached where possible.

Abstract: Recent evidence suggests that home blood pressure monitoring (HBPM) is an effective way of managing women with hypertensive disorders of pregnancy (HDP) without increasing adverse outcomes. The aim of this systematic review and meta-analysis was to investigate the safety and efficacy of HBPM during pregnancy. Medline, EMBASE and the Cochrane library databases were searched electronically in November 2018. Studies were included from which data could be extracted on the pregnancy outcomes and included pregnancies with HDP or at increased risk of developing HDP. Data from nine studies were included in the meta-analysis. The use of HBPM during the antenatal period was associated with reduced risk of induction of labor (OR: 0.55, 95% CI: 0.36-0.82, 444 women, I2 = 0%), prenatal hospital admissions (OR: 0.31, 95% CI: 0.19-0.49, 416 women, I2 = 0%) and diagnosis of preeclampsia (OR: 0.50, 95% CI: 0.31-0.81, 725 women, I2 = 37%). The number of antenatal visits was significantly less in the HBPM group (standard mean difference: -0.49, 95% CI: -0.82 to -0.16, 738 women, I2 = 75%). There were no significant differences between HBPM and conventional care regarding composite maternal, fetal or neonatal outcomes when used during the antenatal period. There were no significant differences between the groups who had HBPM compared to those who had conventional care regarding postpartum readmissions and obtaining a blood pressure measurement within 10 days of delivery after discharge. The significant clinical heterogeneity and low quality of evidence are the main limitations, and therefore, more high-quality studies are needed.
ink to Study: https://www.ncbi.nlm.nih.gov/pubmed/31901652

Telemonitoring for hypertensive disease in pregnancy:

Introduction: Telemonitoring of hypertension in pregnancy is becoming increasingly common. Several small studies have described the potential benefits of patient-led remote monitoring, including fewer hospital visits, better blood pressure control, and cost savings.
Expert opinion: Telemonitoring of hypertension in pregnancy is likely to become commonplace in the next five to ten years and research now must be directed to ensure it is used in the safest way before its general introduction into daily clinical practice can be recommended. Raising women’s awareness of their health condition could improve both pregnancy and long-term health outcomes.
Areas covered: This review summarises the principles of prenatal remote monitoring of hypertension as well as the types of devices and applications currently in use. We summarise current evidence regarding the potential benefits and pitfalls with respect to outcomes for mothers, neonates and wider population health. Core topics for ongoing and future research are discussed, with special emphasis on feasibility and validation of technologies, methodological standardization, patient safety, privacy and acceptability, and health economics and governance.

Objectives: To assess the safety and efficacy of home blood pressure monitoring (HBPM) and office (traditional) blood pressure measurements in a cohort of pregnant women with gestational hypertension (GH).

Study design: This was a cohort study at St. George’s Hospital, University of London conducted between December 2013 and August 2018. The inclusion criteria was pregnant women with a diagnosis of GH. Eligible patients were counselled and trained by a specialist midwife and were provided with an automated Microlife® “WatchBP Home” BP machine. Each patient followed an individualised schedule of hospital visits and BP measurements based on the HBPM pathway or standard hospital protocol which was based on the National Institute of Health and Care Excellence (NICE) guideline.
Main outcome measures: Adverse fetal, neonatal and maternal outcomes, as well as number of antenatal hospital visits, were recorded and compared between HBPM and office (traditional) pathways. Results: 143 women with GH were included in the study (80 HBPM vs 63 standard care). There were no significant difference between the two groups in maternal high-dependency unit admission (P=0.999), birth weight centile (P=0.803), fetal growth restriction (p=0.999), neonatal intensive care unit admissions (p=0.507) and composite neonatal (p=0.654), maternal (p=0.999) or fetal adverse outcomes (p=0.999). The number of Day Assessment Unit (DAU) visits was significantly lower in the HBPM group than the traditional pathway (median 4.0 vs. 5.0, P=0.009). The difference was greater when the number of visits were adjusted for the duration of monitoring in weeks (median: 1.0 vs 1.5, P<0.001). There were no significant difference between the two groups in the total number of outpatient (P=0.357) and triage visits (p=0.237). However, the total number of antenatal visits adjusted for the duration of monitoring was significantly lower for the HBPM group compared to the traditional pathway (median 1.4 vs 1.8, P=0.020).
Conclusions: HBPM in women with GH results in significantly less antenatal visits compared to women on a standard pathway of care. The two groups had comparable fetal, neonatal and maternal adverse outcomes. Large multicentre studies are needed to ascertain the safety of rare adverse pregnancy outcomes.

Is home blood-pressure monitoring in hypertensive disorders of pregnancy consistent with clinic recordings?

Objective: The majority of patients with chronic or gestational hypertension do not develop pre-eclampsia. Home blood pressure monitoring (HBPM) has the potential to offer a more accurate and acceptable means of monitoring hypertensive patients during pregnancy compared with traditional pathways of frequent outpatient monitoring. The aim of this study was to determine whether HBPM reduces visits to antenatal services and is safe in pregnancy.
Methods: This was a case-control study of 166 hypertensive pregnant women, which took place at St George’s Hospital, University of London. Inclusion criteria were: chronic hypertension, gestational hypertension or high risk of developing pre-eclampsia, no significant proteinuria (≤1+ proteinuria on dipstick testing) and normal biochemical and haematological markers. Exclusion criteria were maternal age <16 years, systolic blood pressure>155mmHg or diastolic blood pressure>100 mmHg, significant proteinuria (≥2+ proteinuria on dipstick testing or protein/creatinine ratio>30 mg/mmol), evidence of small-for-gestational-age (estimated fetal weight<10th centile), signs of severe pre-eclampsia, significant mental health concerns or insufficient understanding of the English language. Pregnant women in the HBPM group were taught how to measure and record their blood pressure using a validated machine at home and attended every 1–2weeks for assessment depending on clinical need. The control group was managed as per the local protocol prior to the implementation of HBPM. The two groups were compared with respect to the number of visits to antenatal services and outcome.
Results: There were 108 women in the HBPM group and 58 in the control group. There was no difference in maternal age, parity, body mass index, ethnicity or smoking status between the groups, but there were more women with chronic hypertension in the HBPM group compared with the control group (49.1% vs 25.9%, P =0.004). The HBPM group had significantly fewer outpatient attendances per patient (6.5 vs 8.0, P =0.003) and this difference persisted when taking into account differences in duration of monitoring (0.8 vs 1.6 attendances per week, P <0.001). There was no difference in the incidence of adverse maternal, fetal or neonatal outcome between the two groups.
Conclusion: HBPM in hypertensive pregnancies has the potential to reduce the number of hospital visits required by patients without compromising maternal and pregnancy outcomes. Copyright © 2018 ISUOG. Published by John Wiley & Sons Ltd.

Background: Hypertensive disorders of pregnancy complicate 10% of pregnancies and can have serious consequences.
Aims: To explore the experiences of pregnant women with a history of hypertension using an innovative home blood pressure monitoring device.
Methods: A qualitative study using a grounded theory approach was undertaken. Data were collected through semi-structured interviews. Women were given a blood pressure machine to monitor their blood pressure daily. They inserted their blood pressure results on a smartphone app and answered questions for signs of pre-eclampsia. Participants were followed up every 2 weeks.
Findings: The results suggested that women wanted a holistic care pathway for the management of hypertension in pregnancy. Three subcategories (‘empowerment’, ‘comparison of care pathways’ and ‘continuity of care’) were also identified.
Conclusions: The traditional management of hypertension in pregnancy is not holistic. The home blood pressure service was accepted by women and incorporated elements of holistic care but more is required to meet the standard of care that women need.

Home monitoring of hypertension in pregnancy (HaMpton) is a new care pathway involving the use of an app for monitoring high blood pressure at home, empowering expectant mothers to be involved in their own care.  Based on the information provided by the developer, an economic evaluation of HaMpton showed net savings of nearly £1,000 per person, compared to standard care.  Monitoring blood pressure at home without HaMpton produced net savings of around £380 per person.

Objective: Traditional blood-pressure monitoring in hypertensive pregnant women requires frequent visits to maternity outpatient services. Home blood pressure monitoring (HBPM) could offer a cost-saving alternative that is acceptable to patients. The aim of this study was to undertake a health economic analysis of HBPM compared with traditional monitoring in hypertensive
pregnant women.
Methods: This was a cost-minimization study of hypertensive pregnant women who had HBPM with or without the adjunct of a smartphone application (App), via a specially designed pathway, and a control group managed according to the local protocol of regular hospital visits for blood-pressure monitoring. Outcome measures were the number of outpatient visits, inpatient bed stays and investigations performed. Maternal, fetal and neonatal adverse outcomes were also recorded. Health economic analysis was performed using a direct cost comparison of the study dataset and process scenario modelling.
Results: The HBPM group included 108 women, of whom 29 recorded their results on the smartphone App and 79 in their notes. The control group comprised of 58 patients. There were significantly more women with chronic hypertension in the HBPM group than in the control group (49.1% vs 25.9%, P =0.004). The HBPM group had a significantly longer duration of monitoring (9 weeks vs 5weeks, P =0.004) and started monitoring at an earlier gestational age (30.0weeks vs 33.6weeks, P =0.001) compared with the control group. Despite these differences, the mean saving per week for each patient using HBPM compared with traditional monitoring was £200.69, while for each HBPM patient using the smartphone App, the weekly saving was £286.53 compared with the control group. The process modelling
method predicted weekly savings of between £98.32 and £245.80 per patient using HBPM compared with traditional monitoring.
Conclusion: HBPM in hypertensive pregnancy appears to be cost-saving compared with traditional monitoring, without compromising maternal, fetal or neonatal safety. Larger studies are required to confirm these findings. Copyright © 2018 ISUOG. Published by John Wiley & Sons Ltd. 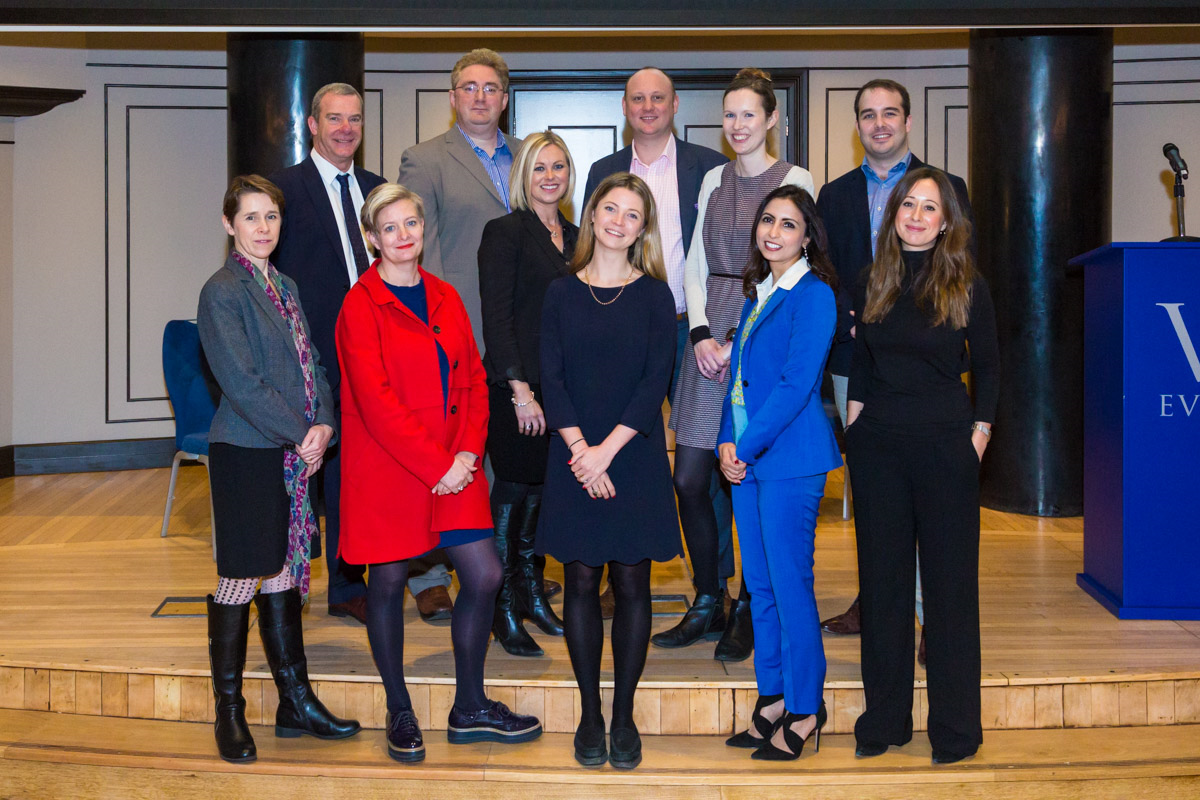 Copyright © 2019. K2 Medical Systems Ltd. No part of this documentation may be stored in a retrieval system, transmitted or reproduced in any way, except in accordance with the terms of the applicable software license agreement. This documentation contains proprietary information of K2 Medical Systems Ltd. Patient data used within screenshots have been fabricated for the purpose of this manual.

If the User perceives a problem with the system, then this should be reported to a system administrator or senior staff member, in the first instance. If an issue cannot be resolved internally and the issue is directly attributed to K2 Hampton, then this should be escalated to K2’s support team, as per the Service Level Agreement.

An adverse incident is an event that causes, or has the potential to cause, unexpected or unwanted effects involving the safety of device Users (including patients) or other persons as a result of a medical device failure or its misuse.

K2 Hampton™ is produced by K2 Medical Systems at the following address: